MELOW (The Society for the Study of the Multi-Ethnic Literatures of the World) was first set up in 1998 as MELUS-India. It is an academic organization, among the foremost of its kind in India. The members are college and university teachers, scholars and critics interested in literature, particularly in world literatures, and literature across borders of time and space. The organization meets every year over an international conference. It seeks to maintain academic standards, encourages younger scholars and provides a forum for senior scholars in literature (Source: melow.in).

This year, in addition to Bangladesh, there were participants from the US, Poland, Sri Lanka, Nepal, Japan, and India.

As academics and translators, the DEH participating faculty members understood that Bangladeshi literature is rich but not well-represented globally. The reason is partly lack of translations, but also partly negligence. Women writers have been mostly overlooked simply because of their gender. As a panel thus, the faculty members each presented a paper. The papers’ focus were on authors Shaheen Akhtar, Dilruba Z. Ara and Rizia Rahman.

The presentations were well received and there was a very active discussion with the audience on the current literary scene in Bangladesh. The goal was to inform and possibly change some of the preconceptions about Bangladesh in at least some members of the audience.

Some pictures from the conference: 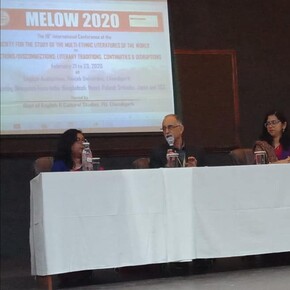 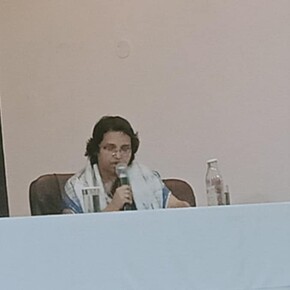 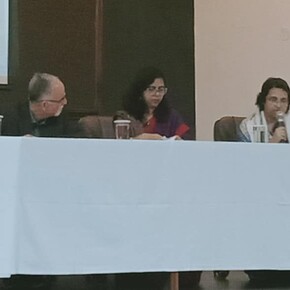 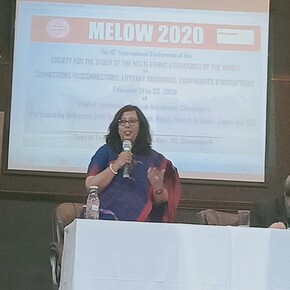 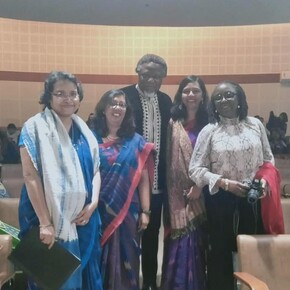 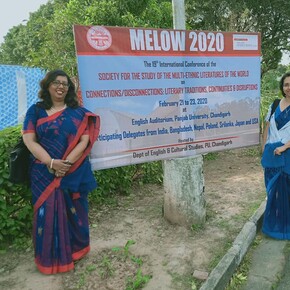 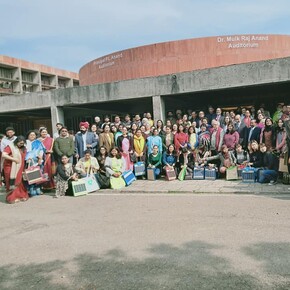 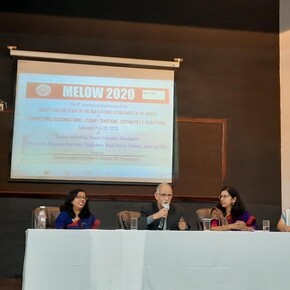 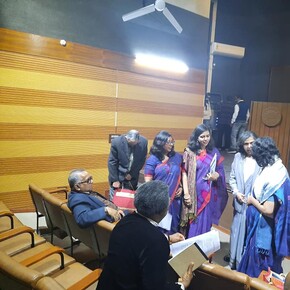 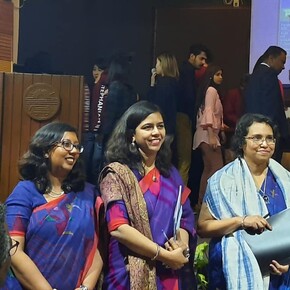