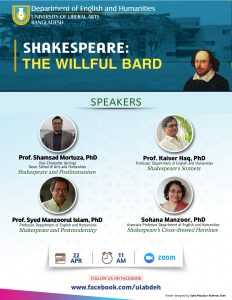 The Department of English and Humanities at the University of Liberal Arts Bangladesh (ULAB) organized a colloquium to commemorate William Shakespeare’s birth and death anniversary. The event, “Shakespeare: A Willful Bard,” was held on April 22, 2021. Speakers at the program included Professor Shamsad Mortuza, Acting Vice-Chancellor, ULAB; Professor Kaiser Haq, poet and translator; Professor Syed Manzoorul Islam, fiction writer and critic; and Dr. Sohana Manzoor, fiction writer and editor of The Daily Star Literature page; all faculty members of the Department of English and Humanities (DEH) at ULAB. 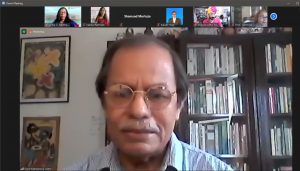 Professor Syed Manzoorul Islam, eminent writer, critic, and Professor of English at ULAB, discussed Shakespeare from a postmodern point of view. He began with the warning to remember that Shakespeare was not of the postmodern era but it is possible to find postmodern elements in Shakespeare’s plays in the ontological questions posed by the characters, his experimentation with the form and language of his texts, and the questions posed to the grand narratives of his time, like the idea of man, of gender identities, and of homosexuality. He argues that Shakespeare was well aware of the idea of subculture and he incorporated these elements without the typical judgmental notions of his contemporaries. Professor Islam argued that Shakespeare identified the issues of race and colonization much ahead of his time, making him immortal. 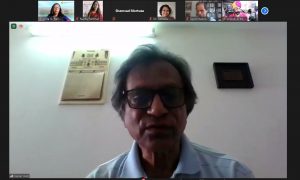 Professor Kaiser Haq, the eminent English poet of Bangladesh and a Professor of English at ULAB, discussed the sonnets of Shakespeare. He hinted at Shakespeare’s poetic playfulness and enlightened the audience with readings, references, analysis, and a discussion on the sonnets. Professor Haq d 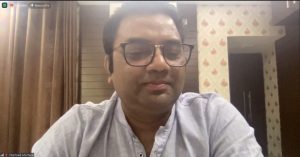 iscussed how intricately the sonnets are composed and how much of Shakespeare’s mindfulness is apparent in his sonnets. Professor Haq also highlighted Shakespeare’s experimentation with the sonnet form, his signature defiance of the regular, and his subscription to the unusual in the contents. Professor Haq assured the audience that he does not subscribe to any of the propositions on the matter as undebatable, but he loves to ponder upon the topic like other Shakespeare enthusiasts.

Professor Shamsad Mortuza, Acting Vice-Chancellor and Dean of the School of Arts and Humanities, ULAB, discussed Shakespeare from a posthumanistic viewpoint. His presentation, “Human Being/ Being Human,” began with the idea that human beings always pondered upon what it takes to be human. Using Hamlet as an example, Professor Mortuza argued that Shakespeare defined human beings by impressing his contemporaneous renaissance values upon them. Professor Mortuza also referred to the play King Lear and its postmodern rendition by Akira Kurosawa in RAN, and related his stance with the argument of the French philosopher, Bruno Latour. 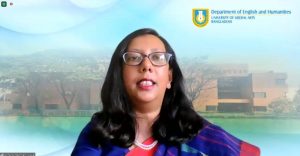 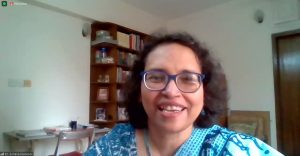 Dr. Sohana Manzoor, Associate Professor, DEH, spoke about “The Problem of Cross-dressing in Shakespeare’s As You Like It and Twelfth Night.” She explored Shakespeare’s experimentation with gender identities. In Shakespeare’s time, women were not allowed to act on stage, and, therefore, in the plays, male actors played female characters who often disguised themselves as male. Thus, the actors were required to doubly cross-dress. According to Dr. Manzoor, Shakespeare was conscious that gender is a performed activity. He intended to question the tyranny of gender dichotomy. She opined that the interplay of gender roles in the plays of Shakespeare created room for discussion on the otherwise static gender identities.

The colloquium, attended by participants from all over the country, began with the opening remarks by the Head of Department, Arifa Ghani Rahman, Associate Professor, and was hosted by Assistant Professor Nadia Rahman of DEH.

To add flavor to the colloquium, Tasfiya Saba, a student of the department, sang a Shakespeare song. The program ended with a vote of thanks by Sumaiya Kabir, Lecturer, DEH. 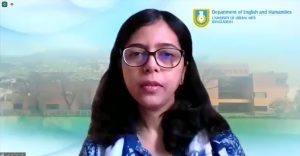 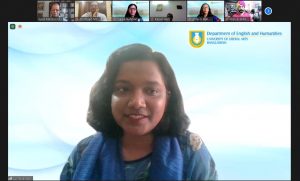