Book Launch at ULAB: Our Many Longings: Contemporary Short Fiction from Bangladesh

Book Launch at ULAB: Our Many Longings: Contemporary Short Fiction from Bangladesh

The Department of English and Humanities at the University of Liberal Arts Bangladesh (ULAB) organized a launching ceremony on March 13, 2022, for the book, Our Many Longings: Contemporary Short Fiction from Bangladesh edited by Dr. Sohana Manzoor , Associate Professor of the Department of English and Humanities, and published by Dhauli Books, India.

Poet Mohammad Nurul Huda, Director General, Bangla Academy, graced the occasion as the Guest of Honor. In his speech, Mr. Huda remarked that the stories in the book, Our Many Longings, depicted a number of conflicting issues which formed a good premise. Referring to the translations, the poet spoke of how the world became one during the pandemic despite the language barriers. He also speculated for a time when there might be one state and one language, where everyone in the world would articulate and interact with one another without the need for translation. However, he assured that translations would take a long time to become scarce. On that note, he shared his work experiences in Bangla Academy and proposed a project from the Academy that would entail the translation of all the works by the Bangla Academy Award winners. He applauded ULAB's endeavor in translating works of renowned writers and poets. He further added that he was inspired by the collection of translated works included in the book Our Many Longings: Contemporary Short Fiction from Bangladesh to begin his proposed project.

The book launch formally began with the welcome address by the Head of the Department, Ms. Arifa Ghani Rahman, Associate Professor, who shared her reactions to the idea of the book. She also said that Our Many Longings is an important contribution to the literary perceptions in Bangladesh represented by both well-known and newer authors alongside translators and original writers of Bangladesh.

The editor of the book, Dr. Sohana Manzoor, Associate Professor, Department of English and Humanities, ULAB, then delivered a candid speech about her first editorial venture. She also spoke about her experience in working with a publisher and learning many things about the publishing industry. Dr. Manzoor ended with a show of gratitude for the opportunity and to the contributors.

Pro Vice-Chancellor, ULAB, Professor Shamsad Mortuza spoke of how the voices of Bangladeshi people are overlooked and how much this book represents that part of the society. He also pointed out that the book speaks about freedom and the breaking free from norms. He called Our Many Longings: Contemporary Short Fiction from Bangladesh an eye-opener. In his speech, Professor Mortuza also emphasized how the book makes one have a closer look at their own existence and life choices.

Our Many Longings: Contemporary Short Fiction from Bangladesh was formally launched with the unwrapping of the book by the Guest of Honor and the contributors.

The publisher, Mr. Manu Dash of Dhauli Books, India, sent a video message with good wishes for the book launch. Mr. Dash expressed his gratitude towards the contributors and everyone included in the process of the publishing. Rahad Abir, Dr. Fayeza Hasanat, and Farah Ghuznavi, contributors of original stories, also sent congratulatory messages.

The book launch was attended by faculty members, students, alumni, and guests. 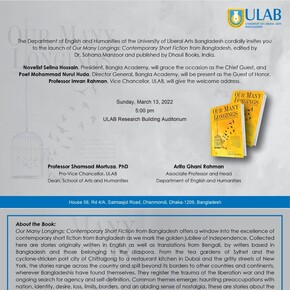 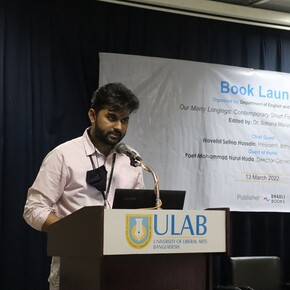 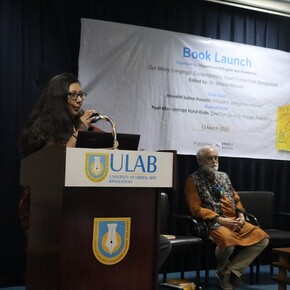 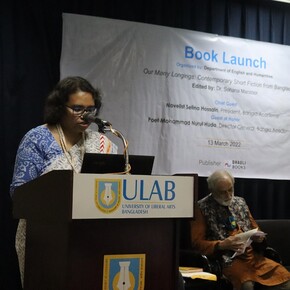 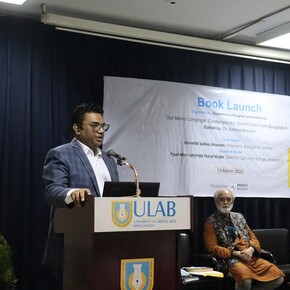 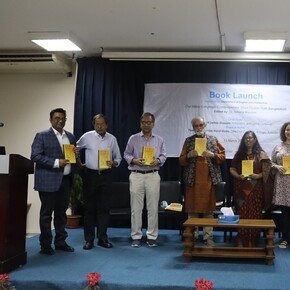 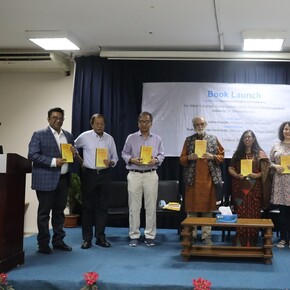 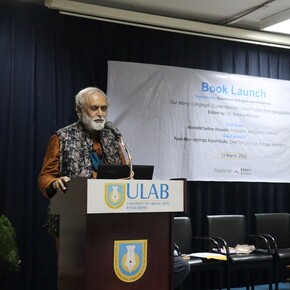 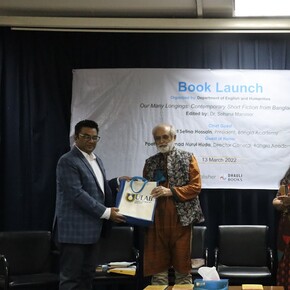 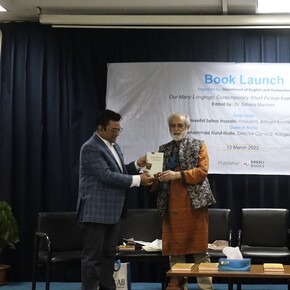 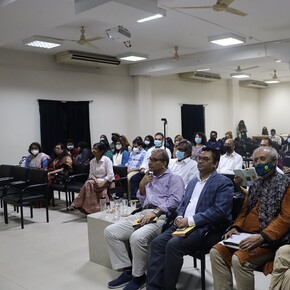 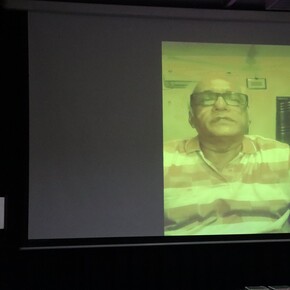 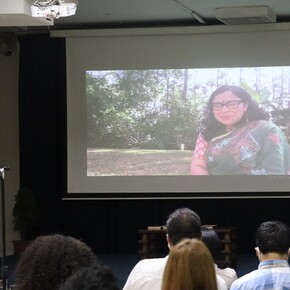 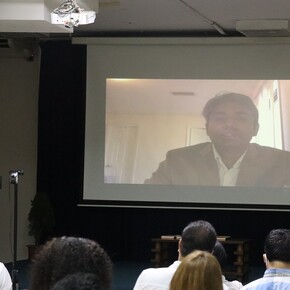 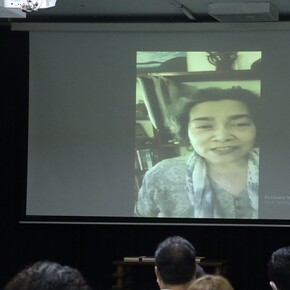 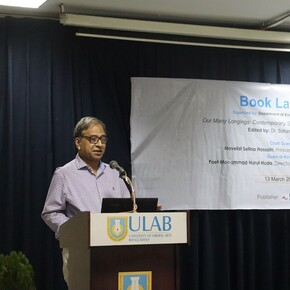 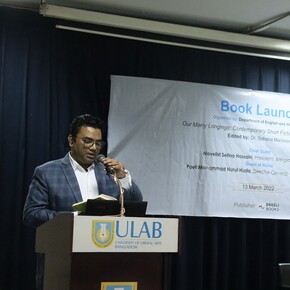 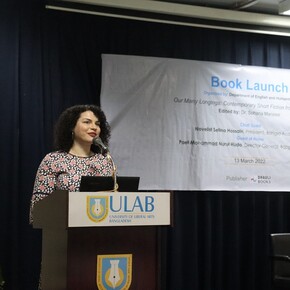 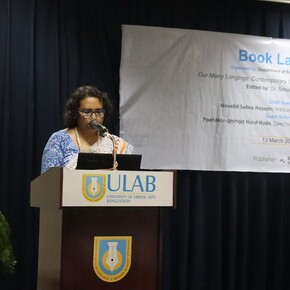 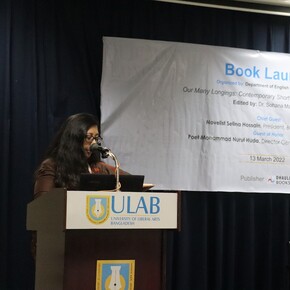