Professor Shamsad Mortuza, Dean of the Department of English and Humanities and Pro Vice-Chancellor of ULAB, inaugurated the lecture series with his welcome speech.

The first speaker, Dr. Bijoy Lal Basu, presented his talk on the topic, “What Holds Educational Reform Back? The Case of the 2012 National Curriculum in Bangladesh.” Dr. Basu began by sharing some thought-provoking insights that he derived during his PhD research on the processes and outcomes of curriculum reform. The speaker aimed to highlight factors that constrained the 2012 curriculum reform initiative in the context of Bangladesh and to initiate a discussion to find strategies for more successful reform. With reference to curriculum implementation, the speaker discussed the three stages to curriculum development: initiation, implementation, and institutionalization, as mentioned by the educator Michael Fullan.

Dr. Basu later discussed the number of changes that the curriculum reform aimed to bring and they included the introduction of active learning, encouraging formative assessments, blending the use of English and Bangla as the method of instruction with the former taking precedence, encouraging the combination of various teaching methods, and teaching grammar by contextualizing it. The speaker also pointed out that there was a lot of optimism in the curriculum document where it was mentioned that after needs analysis, the recommendations were used to design classroom activities and produce the textbooks. However, while examining the curriculum document, he identified some contradictions and vague statements. This led him to come to the conclusion that the change message in the curriculum reform has not been phrased in clear English.

The speaker further discussed one of the problems in the curriculum reform which was to use the same book for all mainstream Bangla Medium schools, not taking into account the location or students’ and teachers’ proficiency in English. The speaker also added that this was one of the factors that held curriculum reform back. Through the course of his fieldwork for his PhD research, the speaker also shared his experience of observing classes in certain schools where he noticed there was very little active learning going on in classrooms of Bangladesh. And when teachers were interviewed about the matter, some had little knowledge about what it was while others, though aware, could not implement it as much because the exams did not require it. Dr. Basu also found differences in opinions with regards to the use of literary texts to aid in language learning, where some teachers deemed it as a waste of time since they did not appear in exams, but others expressed opposite viewpoints.

Dr. Basu pointed out that soon after the publication of the new books in 2013, teachers’ guides were not published until 2017. When the speaker interviewed an NCTB official regarding the time gap, it was revealed that the funding ran out. With regards to textbooks, interview with an author revealed, that there was no time for trials and they were given very little time to write the textbook. To this the speaker added that, with such little time, it was difficult to produce high quality work. Another issue discussed by the speaker was that the teachers were not fulfilling the objective of developing critical thinking which the curriculum fostered. When interviewed, some teachers revealed that they skip questions relating to critical thinking because students will find it difficult to answer them. The speaker realized that teachers had low expectations and they were content if students can produce memorized answers.

Dr. Basu concluded his insightful talk by pointing out certain factors which hold curriculum reform back. These included, the “one size fits all” notion of using the same textbooks for all mainstream Bangla Medium schools, flawed time distribution in developing curriculum and textbooks. He also pointed out that when problems arise with a certain curriculum, policymakers take the shortcut by going for revisions, without changing the structure and process of curriculum. The structure remains largely unchanged with large classrooms, exam-oriented education, and lack of alignment between what is recommended in the curriculum and what is tested. The existing curriculum, therefore, serves as a sacrificial lamb. Funding was another issue, pointed out by the speaker, as authors are not being given much remuneration, so they work out of their commitment or for the education of the children.

The second speaker for the series, Professor A R M Mostafizar Rahman, Professor of English at Khulna University, Khulna, presented his intriguing talk on the topic, "Language Choice in Globalization and Super Diversity.” Dr. Rahman began by introducing the key notions in the title of his talk, namely, language choice, globalization, and super diversity. He elaborated on the processes and reasons why people in bilingual or multilingual settings choose features from different linguistic sources. With respect to globalization and super diversity, the speaker discussed that globalization is a very important issue in sociolinguistics, because sociolinguistics deals with the use of language in society. So if globalization brings changes in society, social norms and values, it will impact the use of language. He then briefly provided the etymology and definition of the term globalization.

On the discussion of super diversity, Dr. Rahman mentioned that migration from one country to another has brought culture, language and tradition of different people together. Such mixing brought about extraordinary changes and complexities in social, cultural, ethnic and linguistic dynamics in the system. He also pointed out that migration along with digitalization are responsible for bringing diversity in the urban landscape. Urban people, he added, now share information on social media and this has brought about a change in the lifestyle of the urban people and diversity in the urban life. He identified that virtual communities are being created all around and that diversification is not only found in the physical landscape but also in the virtual community. People from different social, cultural, and regional backgrounds meet each other in online communication and gaming platforms. He mentioned that this has increased the diversity, but this diversification is not the same in every city. He then, presented some examples of signage in a London hospital and contrasted it with the signage from a suburban area of Bangladesh called Jashore.

The speaker contrasted structuralist ideas of language, linguistic communication, and language practices with the post-structuralist ideas which have changed due to globalization and super diversity. Dr. Rahman explained that people in urban areas use language in such a way that it is difficult to identify the source of different linguistic features. These people, said the speaker, mentioned that when they choose linguistic features they hardly distinguish between them and their language choice. It comes automatically from their linguistic repertoire, as the speaker elaborated. The speaker then presented excerpts from textbooks, speeches from religious festivals, newspapers, talk shows, and literature where, aside from the mix of English and Bangla, Arabic, Persian, Hindi/Urdu languages were prevalent. Dr. Rahman added that what was thought to be abnormal in the structuralist notions, in post structuralism particularly, due to globalization and super diversity, the blending of multiple languages are deemed normal.

Towards the end of his talk, the speaker outlined some theoretical and practical implications of the blending/hybridization of languages. He provided multiple examples of situations around the world where although the norm is to use one language at a time, the people practice blending of different linguistic features from different linguistic resources. He concluded his talk by sharing his thoughts on what can we think of translanguaging practices in Bangladesh with regard to official language policy. He also referred to Dr. Basu’s talk on curriculum reform and pointed out that if hybridism/translanguaging is a practice in globalization and super diversity, he thinks we need to consider these issues while making policies for languages, at least in language acquisition policies. The speaker identified that as far as our official language policy is concerned it is said we should use only Bangla and the fusion of other languages is strictly prohibited. However, the speaker wrapped up his discussion by pointing out that if we want to become a part of globalization we need to admit the global impact on language and accordingly think about redefining our language policy.

The last segment of the lecture series was filled with some interesting conversations and experience sharing on the part of the speakers as well as the audience members.

At the end of the event, Ms. Arifa Ghani Rahman, Associate Professor and Head of the Department of English and Humanities, gave her vote of thanks to the speakers, event organizers and participants.

The lecture series was planned by Mohammad Mosiur Rahman, Senior Lecturer at DEH.

The full program can be viewed on the DEH YouTube channel: https://www.youtube.com/watch?v=Dw3dA-3bQyk 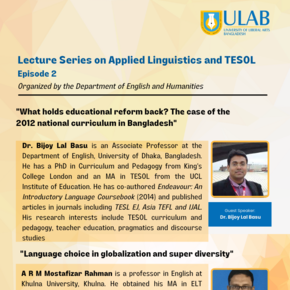 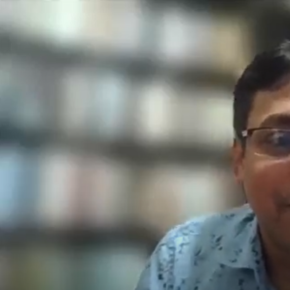 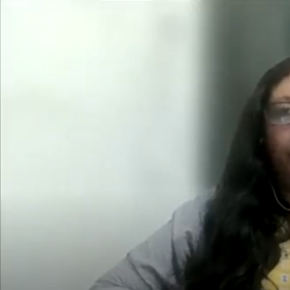 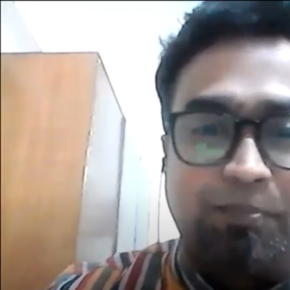 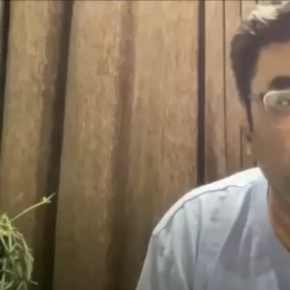 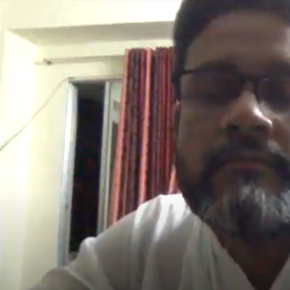