The Department of English and Humanities (DEH) of the University of Liberal Arts Bangladesh (ULAB) organized a public talk on August 11, 2022 at its Research Building on “The Relevance of Fanon and Marx Today” by Dr. Nagesh Rao, Lecturer in University Studies, Colgate University, NY, USA. The talk was followed by a conversation with Dr. Azfar Hussain, Summer Distinguished Professor at ULAB and Director of Graduate Program in Social Innovation Integrative, Religious, and Intercultural Studies Department, Grand Valley State University, MI, USA.

Dr. Azfar Hussain first gave an overview of the timeless philosophers and political theorists, Frantz Fanon and Karl Marx, followed by an introduction to Dr. Nagesh Rao, who was then invited to give his talk. Dr. Rao began his talk by referring to the famous social movements, “from occupying Wall Street, to the Hong Kong revolt, to the Black Lives Matter movement” and various other socio-political movements that aimed to achieve equality. With these real life examples, Dr. Rao established why Marx is still relevant today. He emphasized on the relevance by referring to dual narcissism due to a black man’s existence in the society as both a “black man” and a citizen of a country which is largely white. He further mentioned the class disparity connected with one’s identity of blackness with the example of elite blacks and working class blacks which relates to the socio-diagnostics of Fanon. Dr. Rao stated how this reestablishes Fanon’s belief that, “Racism produces alienated individuals.” He also commented on the BLM movement having a significant influence on his students where he introduced Fanon. Dr. Rao referred to the famous texts by Fanon and Marx, Black Skin White Masks and The Wretched of the Earth, and Das Kapital respectively, to validate his arguments, while drawing references from contemporary times. Dr. Rao further acknowledged that neither Marx nor his friend Friedrich Engels was fully right always because Engel’s The Origin of the Family, Private Property and the State, as well as Fanon’s texts, fall short, when it comes to their relevance to the reality, and he described Fanon’s The Wretched of the Earth as “intimidating to read,'' as it favors violence instead.

After his talk, Dr. Rao engaged in a discussion with Dr. Hussain, who began by sharing his thoughts on the use of language, drawing references from William Shakespeare’s The Tempest, and quoting from the text to show how language can be an essential element in Postcolonial Studies and Fanon’s take on language. He also recited his haikus on Caliban to further illustrate his points.

The talk ended with a short question and answer round. The audience comprised ULAB students, faculty members, and guests from other institutions. The event was hosted by Samirah Tabassum, Lecturer, DEH, ULAB, who ended the event with a vote of thanks. 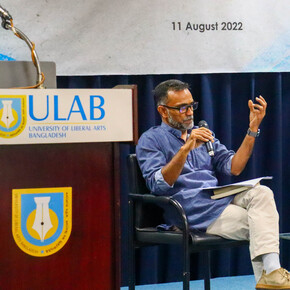 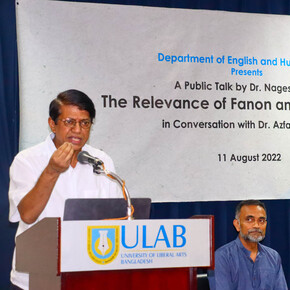 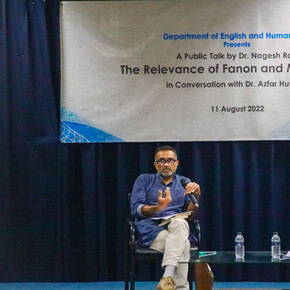 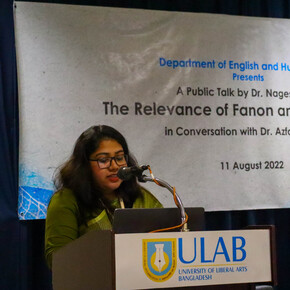 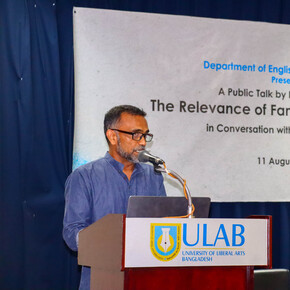 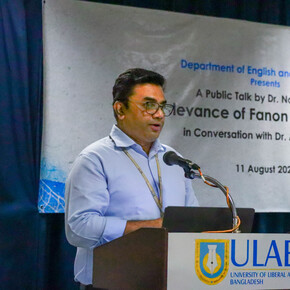 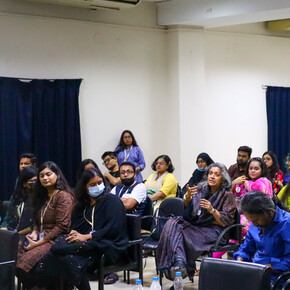 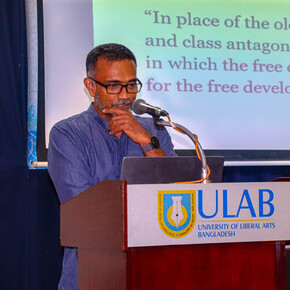 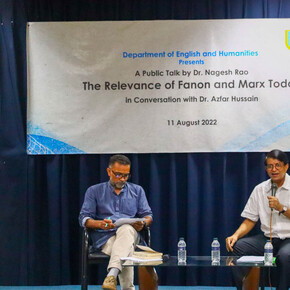 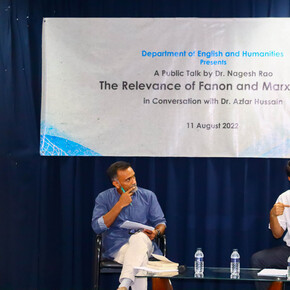