The Department of English and Humanities (DEH) at the University of Liberal Arts Bangladesh (ULAB) held the final showcase of the Summer 2022 Curriculum Integration (CI) program on September 8, 2022, in the auditorium of the ULAB Research Building. To assist their students in growth and creativity, the department organizes this event every term with unique themes. The theme of Summer 2022 CI was “Gender: The Binary and Beyond.”

Faculty members volunteer their courses for CI participation depending on the topic and its relevance to their course contents. This semester, the participating courses were: ENG1201: Introduction to Poetry and Drama; ENG2102: Writing about Literature; ENG225: Shakespeare; ENG2103: Morphology and Syntax; ENG302: The Novel – I; ENG313: Modernism – Early 20th Century Literature; ENG32: Modern Poetry; ENG422: Cinema as Literature; and ENG406: Gender Theory and Literature.

The guest speaker, Sudeep Charavarti, Adjunct Faculty, DEH, expressed his amazement about the creativity and thoughtfulness behind each project, regardless of the terms in which the participants were. He went on to discuss how he found the noir theme and the music used in the different video projects very fascinating while the plots and presentation styles were thought-provoking. Furthermore, he elaborated on how each time the Bangladeshi people exceeded his expectations and this time he appreciated how the students at ULAB really embraced the liberal mindset and carved out brave works, living up to the institution's philosophy.

The Pro VC, Professor Shamsad Mortuza, shared his thoughts on the event too. He also expressed his appreciation towards the students for coming up with such amazing presentations and video projects, each with a uniqueness of its own. He shared some anecdotes related to the event’s theme and the story plots presented in the videos. He also praised all the students for being brave enough to break the stereotypes and portray their thoughts in imagination, without fear of society. Prof. Mortuza also shared the news about the end of his term as Pro VC, making it a very emotional moment. He talked about his experience at ULAB and how he would always cherish its beauty.

After the speeches, the judges announced the awardees of the CI program for the term of Summer 22. The winner of the CI Program was Quazi  Farhina Hassan with an individual project  from the course ENG422: Cinema as Literature. Her project, “Heathens Left in the Dark,” portrayed her depiction of how a cult of Inanna (an ancient Mesopotamian goddess of love, war, and fertility) and Galas (priests of the Sumerian goddess Inanna) went against stereotypes, especially of gender, and, instead, celebrated every gender as humans than specific entities, all via brilliant narration and videography with facts related to the central theme.

The 1st runner up was Team 6 from the course ENG313: Modernism – Early 20th Century Literature. The team connected Virginia Woolf's Mrs. Dalloway and Robert Browning's Porphyria's Lover to address the central theme, where they depicted the restrictions of a forbidden love, in this case, a same sex affair, and how the denial of society towards their relationship ultimately drove one of the lovers to take the life of another in order to preserve their love.

The 2nd runner up was Team 4 from the course ENG225: Shakespeare who presented a video project about the dilemma and discussion of the legendary author Shakespeare’s gender identity and how the world should accept his identity as a human rather than constantly trying to assume his gender.

The event concluded with a vote of thanks from Dr. Sultana. 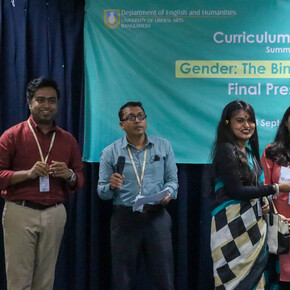 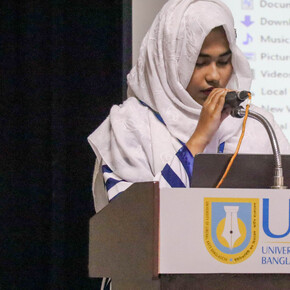 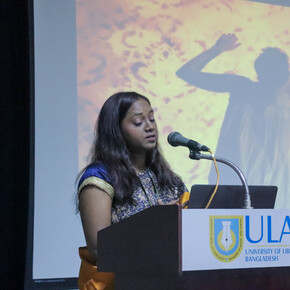 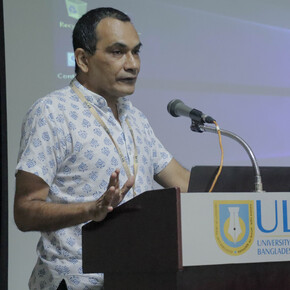 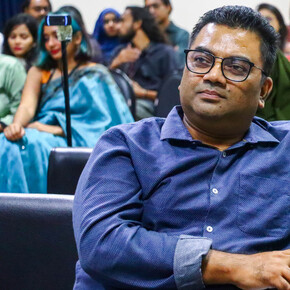 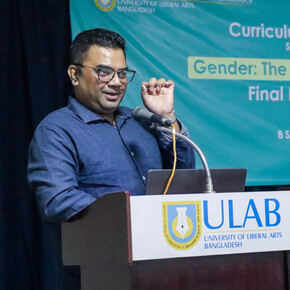 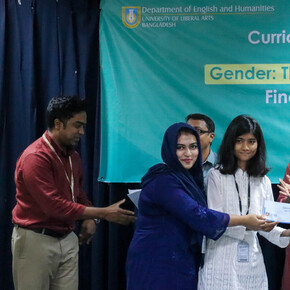 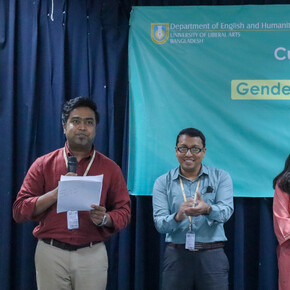 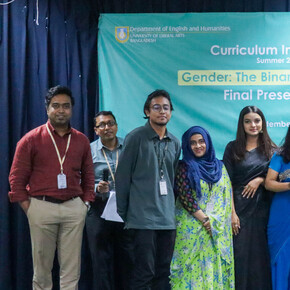 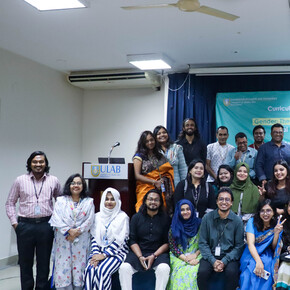